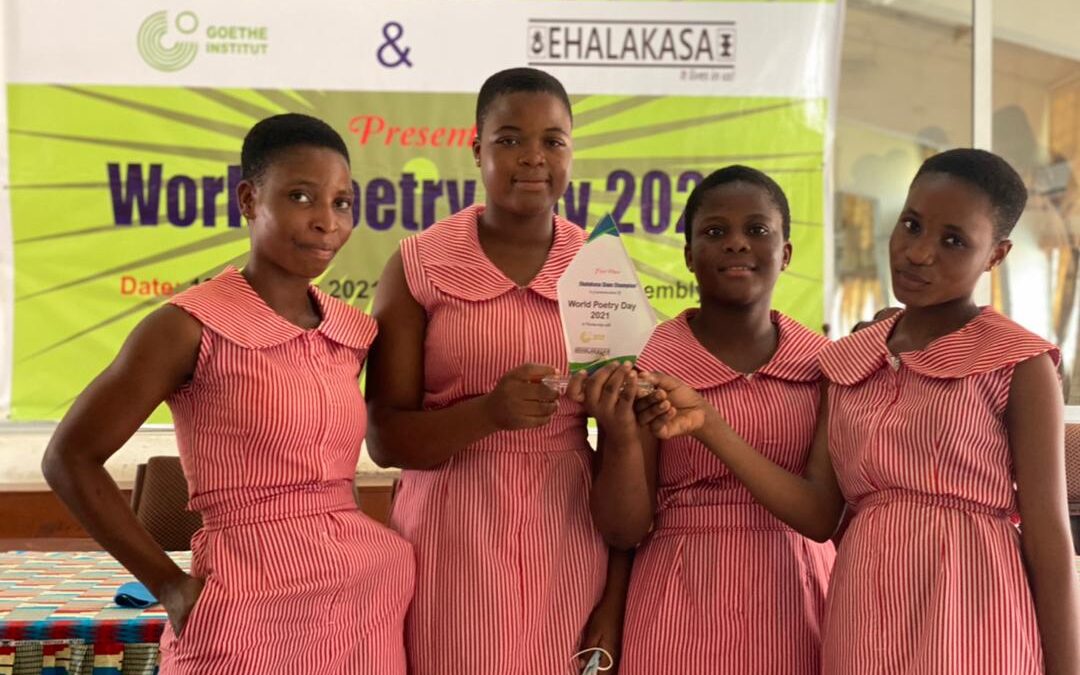 Mawuli School has emerged champions of the first-ever Poetry Competition organized for Senior High Schools in the Ho Municipality to commemorate this year’s World Poetry Day.

UNESCO first adopted 21 March as World Poetry Day during its 30th General Conference in Paris in 1999, with the aim of supporting linguistic diversity through poetic expression and increasing the opportunity for endangered languages to be heard. 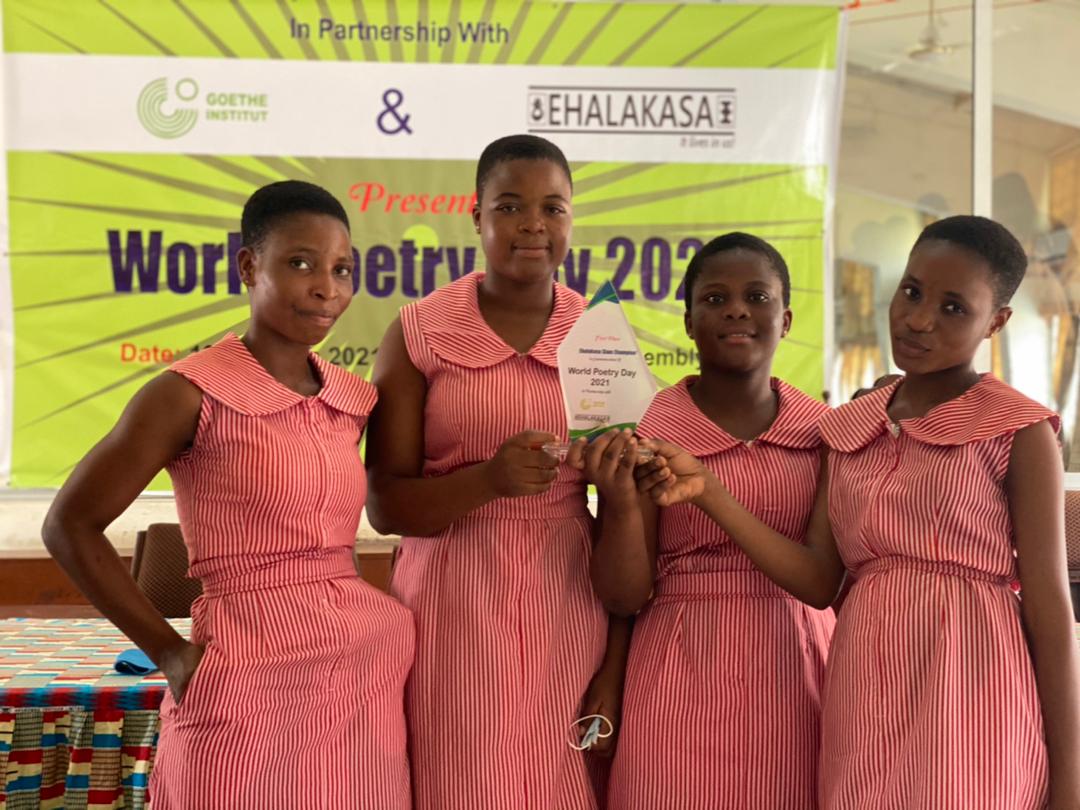 The Organizer at Ehalakasa, Yibor Kojo Yibor alias Sir Black, speaking at the event, noted that, the competition did not only showcase the poetry talent of participants but also boosted their confidence level in public speaking. “Poetry as an art helps us to mature, think, expand, and gather information as well as research for information,” he added.

He thus entreated teachers to continue to nurture the interest of students in poetry, noting “this is the only way to project the Ghanaian culture and values”, likewise he called on stakeholders in the region to support the arts industry for what has been started to continue. `

The Head of Library and Information at Goethe Institut Ghana, Mad. Meli Eyram Portia Mansu, said the aim of decentralizing the initiative to the regions has been justified by the high level enthusiasm exhibited by the students during the competition, and called on stakeholders especially GES to sustain the initiative as part of promoting the region and Africa Literature.

The Volta Regional Librarian, Mr. Guy Amarteifio, in an address expressed gratitude to the organizers for pioneering the first ever poetry competition in the region, as he expressed optimism that, the idea to arouse the poetry interest in students and people in the region will not be truncated but rather turned into a daily activity in order to revive and sustain poetry in the region.

A representative of the Regional Director of Education, Mr. Eric Kofi Gamadeku who also doubled as the chairman at the event in his remarks thanked the organizers of the competition and commended both the teachers and students for preparing in such a short notice and suggested the use of literary devices in the subsequent competitions.