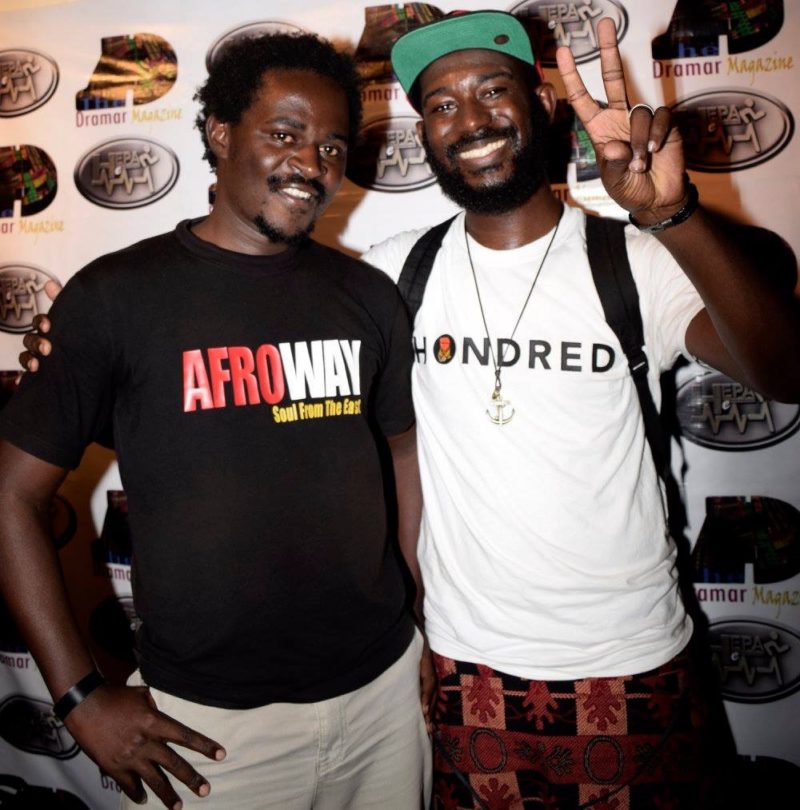 Spoken word artistes, Jewell King and Hondred Percent, will next month travel to Cote d’Ivoire and Kenya respectively as part of their prizes for winning the Ehalakasa Slam Championship between 2014 and 2016.

The Ehalakasa movement has been prominent on the Ghanaian creative arts horizon over the last decade in this country with the promotion of poetry, music, dance and theatre.

The poets will attend the two different programmes by courtesy of Cultural Crossings, a platform that enables eligible African artistes to travel on the continent to share experiences.

Gusten-Marr who owns GalleryGM in Yorkshire, England grew up in Liberia, Germany, USA and Italy. She’s a well-travelled woman and has a deep passion to see African artists explore more of their continent. She believes traveling is essential because it opens passages to our world.
“Traveling enhances knowledge. So the more we travel, the more we are exposed to different things. When people travel they celebrate likenesses and learn to respect differences,” Gusten-Marr said.

The Ehalakasa name represents words from three Ghanaian languages: ‘Eha’-(Ewe) song; ‘La’-(Ga)sing; and ‘Kasa’-(Akan) talk.
Founder, Sir Black said the movement is determined to bring enlightenment and life to the poetry scene in Ghana.
“We want to challenge our poets to dream, not only at night in bed, but also help them dream across the man-made boarders of our continent,” Sir Black stated.

Cultural Crossings also has an artist-in-residence programme for creative folks from across the world in Yorkshire.