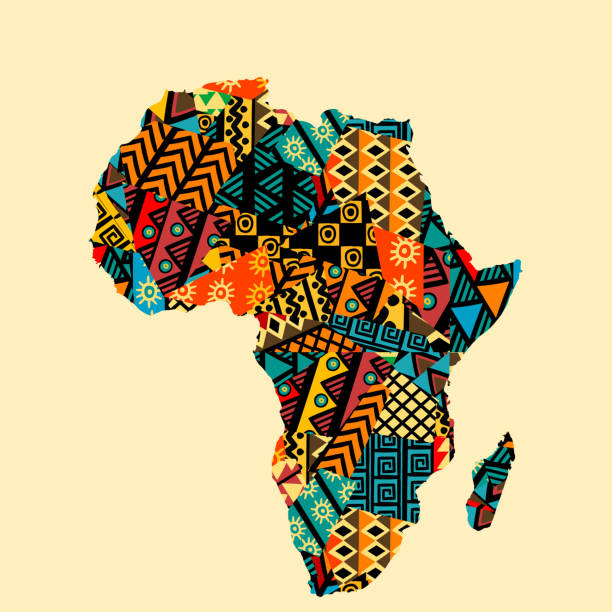 To the day the cock gave the farmers a gentle alarm
And the sun came kissing the walls of the brown huts
And the paths in the grasses led our women to the cold Rivers
And the mornings were a chemistry hall of different food aromas
And our women strap their breasts with the most colorful weaves
And the muscles on our gallant men copied the contours of clouds
And our lands were more fertile than the white supremacist lady
And our shores contained minerals worth more than a whole Europe
And the white albinos got jealous of it and thought evil.

And Africa became a maize and they became the weevil
And they bore through our territories,and became smart terrorists
And they lied to us in the name of trade, but they later began to raid.
And steal, and destroyed, and raped our bountiful women with their 4 inches dicks.
And with the power of their whips and gun powders, they wiped our culture and heritage,
and taught us how to become a second them.

And enslaved us, and we obeyed, because there was no one to fight for us,because the rest of the world shut their cracked lips.
And they re wrote our history beginning with slavery, and primitive jabs
And they taught our generations with it, and mental slavery grew well.
And it found our modern day politicians, and most of them became the new oppressors, and black began to hate on black.
And anyone who tried to re unite and save us from the curses was Cursed with death, by own his own, with motivations from the white
And history swell with Canker, and we formed the African Union.

And they were never united, by worshiping their slave masters still.
And China came in, and the rest of it became the best comedy ever.
Dear Africa, look at your flags, they’re all made in China….. My lungs

The Longed for Trip

The Son Of Africa; Of Skins and many things beyond Words and Music

The Longed for Trip

The Son Of Africa; Of Skins and many things beyond Words...

ABOUT US
Is the Hub of Art, Dance and Lyrical Dexterity in its Organic State. Here performance, words and songs co-exist in the form of poetry, music, comedy, and theater set in Motion . Akwaaba!
Contact us: ehalakasa@gamil.com
FOLLOW US
© Copyright © 2020 Ehalakasa. Ehalakasa is not responsible for the content of external sites. All rights reserved. Information at Ehalakasa.com is published with the permission of the copyright holder or their agent. It is forbidden to copy anything for publication elsewhere without written permission from the copyright holder.
Share This