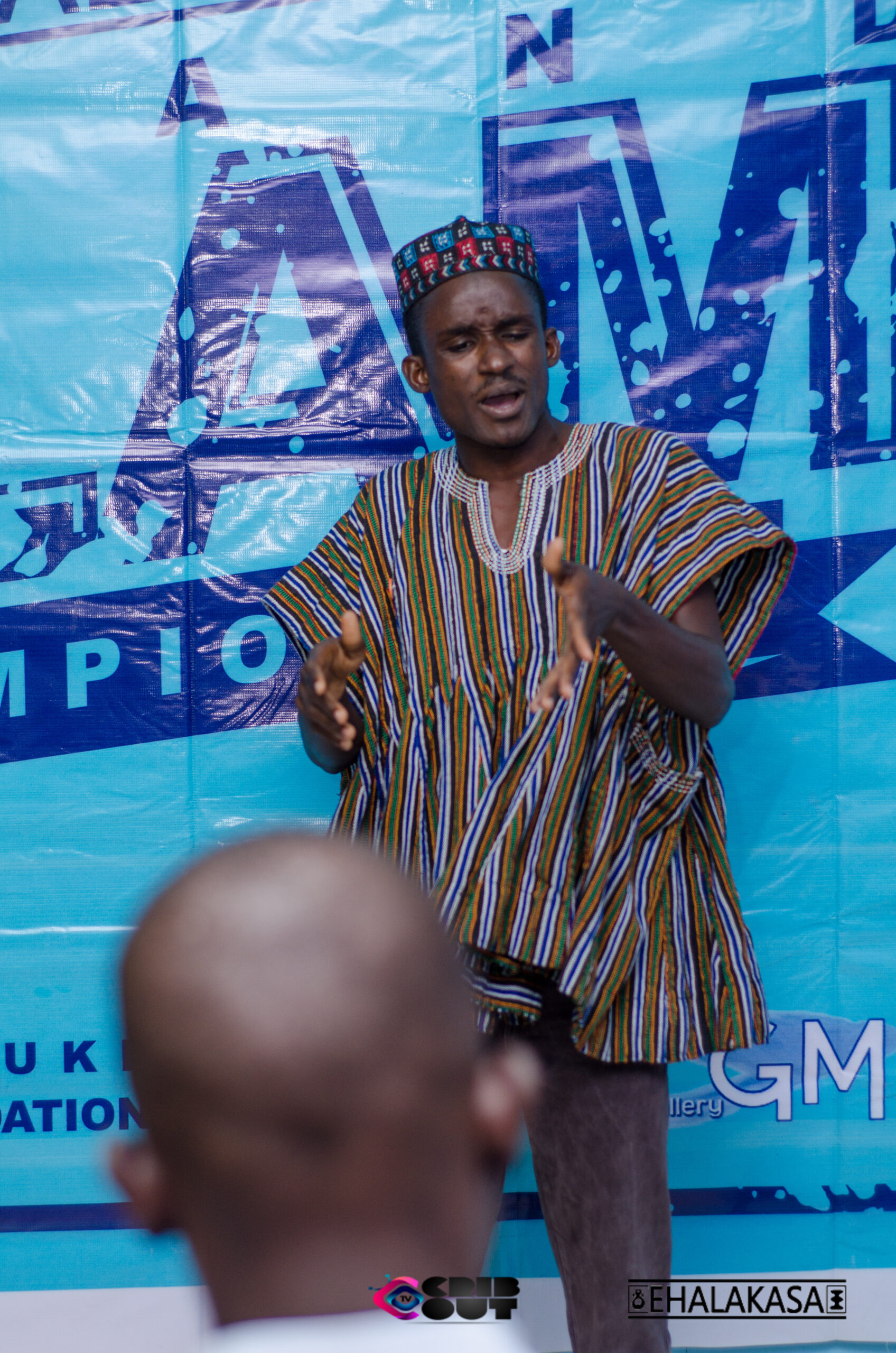 I was invited to participate in the 2nd Edition of the International Slam festival in Abidjan, Ivory Coast as part of my reward for winning the Ehalakasa SLAM in 2017. The event took place between 5th -7th April 2018.

We took off from Accra on the 4th April around 6:36 am and arrived safely to our destination around 7pm. The President of the organization, popularly known as Bee Joe warmly welcomed us and took us to meet the other guests from other countries and those within. It was a refreshing moment to meet amazing folks from other countries. The day ended with dinner. We were served ‘akyεkε’ with fish and chicken, their favorite meal.

Day One, 5th April was the launch of the festival. A conference was held at Goethe institute. Lectures were delivered by dignified persons from the immigration service who informed the audience about immigration and urged citizens to stay in the country to contribute their quota for development rather than illegally travelling outside the country at their peril. The conference was well planned with some poetry recitals from some of the Ivorians.

At mid-day, we embarked on a flash slam to create awareness about slam poetry. My group visited the University of Abidjan, we stormed the University reciting poems to attract students attention and invite them to the show that night. It was a great experience.

The night saw great performances from the slammers from participating countries at the Goethe institute. It was a great joyful night. It was my first performance at the francophone country and it was well received.

Day 2, 6th April was the master class. We visited an institution where we interacted with the students and educated them about poetry. We continued to observe the well-equipped mini library created by the headmistress of the institution.

Thereafter, we were taken to Institute Francais. This was the venue for our show that night. Institute Francais is the state of art theatre not even the National Theater in Ghana would compare itself to. The audiences were amazing that evening. They received us with cheer and smiles during our performances.

Day 3, 7th April, marked the final day of the slam. We had a tour that day to the museum. We were educated about how the colonial masters from France ruled the Ivorians and how the ivorians fought them for their freedom. It was an interesting moment to know about the history of our neighbors. We continued to the beach were we had more fun. Swimming was an interesting adventure. The day was a joyful one.

The next day we left the hotel around 7am to catch our bus back to Ghana. It was time to leave as planned even though we’d wished we could stay longer. Babi Slam was an epic event that would remain in my memory for years. It has been a great privilege for me to travel outside my country for the first time and to perform as a representative for my country.

My Gratitude goes to the Almighty for His Favors, Ehalakasa for this privilege to exhibit my poetic flare, Sir Black for his support, encouragement and guidance and not forgetting Jewellking, the 2016 Ehalakasa slam champion for his encouragement. It was a great time been with you all. It is my prayer that more of such opportunities come our way for us to embrace.

I would recommend that the organizers of Babi Slam should award slammers a citation that would someday prove their participation and also serve as an honor for their efforts. I would also challenge Ehalakasa to bring up such initiative in the coming years because Ehalakasa is the best poetry movement I know in Ghana and it is always here to make great impact. God Bless Ehalakasa! God bless Babi Slam!